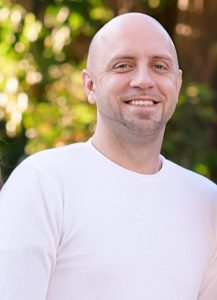 Paul Dirmann received his first desktop computer, a gift from his grandmother, when he was 11 years old. It had Windows 3.1, and from that moment on he was hooked. His passion for technology began innocently with inventorying his father’s sports card collection in Lotus 1-2-3. As his curiosity grew, Dirmann began intentionally infecting his computer with what was considered back then viruses for the sole reason to figure how they affected the PC.

When Windows 95 released, Dirmann obtained his first copy of Microsoft Visual Basic and taught himself basic programming. Not long after, he began writing small applications for his and his friends’ personal use. This opened the door into exploring networking, Active Directory, and other core foundations of enterprises.

Dirmann launched into his career directly out of high school. Starting in an entry-level support position, he quickly excelled and became part of a team that only handled extreme technical escalations. From there, Dirmann’s career flourished working with major retailers, ISPs, multi-national distributors, and world-wide logistics and supply chain companies.

Not one to shy away from a challenge, after a decade of working in the IT world, the self-taught Dirmann decided to make things official. In 2015, Dirmann earned his Bachelor of Science in Information Technology from Florida International University.

After two decades of working in the global IT sphere, Dirmann launched his dream with a specific goal in mind. People first. Dirmann Technology Consultants takes a holistic approach with its relationship building and views clients as more than revenue generators. This philosophy doesn’t apply to clients alone, Dirmann believes the same applies for employees. Relationships are everything, and growth is imperative for employees and clients alike. And Dirmann Technology Consultants is proud to be able to provide a platform that allows its team to grow and flourish.

Currently, Dirmann lives in South Florida with his wife, two children, and their dog, Maia. He enjoys all things tech, learning, traveling, indoor skydiving, and home improvement. His favorite food is authentic tacos. He is also a huge fan of Marvel’s anti-hero, Venom.